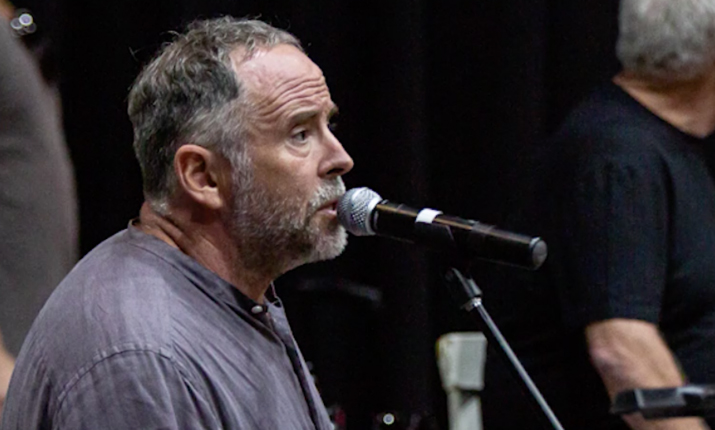 Born in the north of England in 1960, cut my early (first) teeth on the Beatles at the age of 4. As one of 8 siblings and the only Leo, I demanded their complete attention and I performed all of the Beatles’ hits (nightly plus the odd matinee) armed only with a plastic ukulele (minus most of its strings) whilst standing on an Ottoman (cushion thing not a person). Apparently I knew all the words and could sing in tune. In later life, and more seriously now…I listened to a wide spectrum of music ranging, in the early days from Atlanta Rhythm section through to ELO, Bowie, Joe Jackson, Jethro Tull, Joe Cocker…in OZ the local music scene (I frequented the Muso’s club in Sydney) listening to Barry Leif, Rene Geyer and my favourite Leon Berger with Phil Scorgie on Bass and the very talented Rex Goh on guitar. very eclectic tastes.

I started writing songs and performing in bands and later solo in the late 70’s. I flirted with the music industry for many years never really establishing any lasting roots. Having family in both hemispheres of the world didn’t help. In Leunig fashion, I ended up shackled to business rather than being on stage. Luckily, I am now free to pursue my first love which has always been music. I lean toward blues and Jazz but love rock and roll and good funk. I’ve been fortunate to do the odd spot with some of Australia’s greats like Ross Wilson, Richard Clapton and more recently Jeff Burstin. More recently, I’ve enjoyed performing with Jeff as ‘Burstin Banks’ (might be unpopular during times of flood…)

I’m going through a prolific lyric writing phase currently. I’m peppering Jeff Burstin with them daily almost. Currently living in a beautiful seas side hamlet north of Newcastle with my wife Maggie. I have two beautiful and talented kids (Tom and Millie) who aren’t really kids anymore. 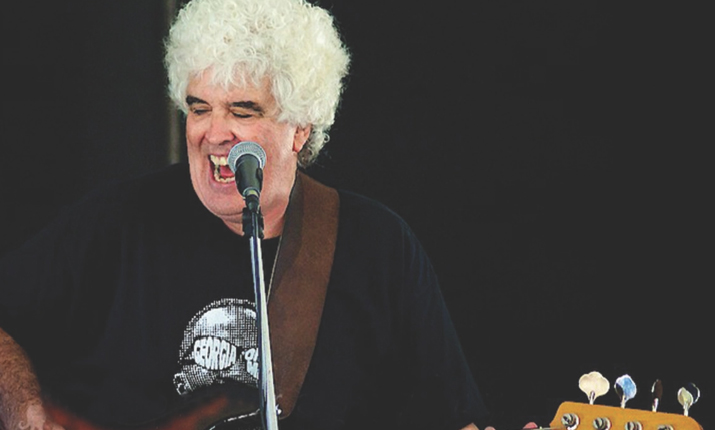 Originally from Melbourne, Greg studied piano and guitar and has played in bands in the thriving 1960’s music scene, worked Asia and Europe in the years í69 to í74, and then moved back to Sydney, where he quickly became one of the first-call session/studio bassists, recording and performing with many top-class artists, TV dates and movies.

At this time Greg helped form Crossfire, the renowned Jazz-fusion band and with them toured nationally and internationally.

After a short stint in the US Greg made the sea change to Byron Bay, and began a career in academia, spanning 20 years, helping to create Australia’s first contemporary music degree course at the Southern Cross University, and mentoring hundreds of students, many of whom have gone on to successful music careers.

Simultaneously Greg has continued to work in recording, writing and production as well as leading his own bands. He has played with artists including Jon Cleary, Randy Brecker, Rodriguez, Maria Muldaur, Elvin Bishop and many others.

His latest album, Greg Lyon and The Hip Operation ñ Groovin’ was released in February 2014, featuring cool and funky sounds from one of Australia’s finest Blues, Soul & RnB bands. 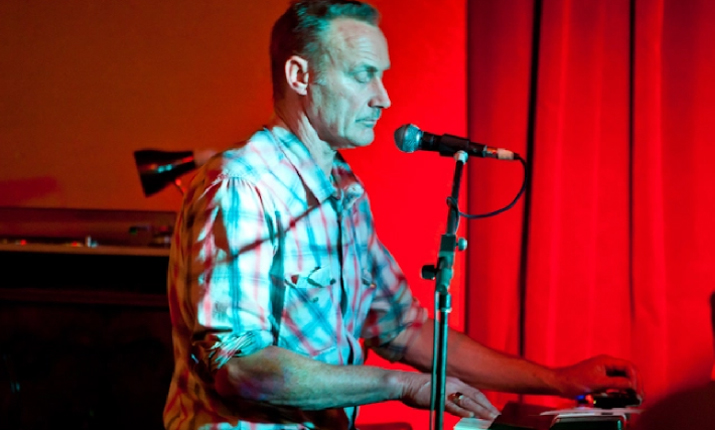 An award-winning keyboardist, producer & arranger, Bruce kicked off his professional musical career with Russell Morris’ The Rubes and is now one of Australia’s leading players.

For some years an integral member of Paul Kelly’s band, Bruce has also toured and recorded or produced an array of Australian music including Renee Geyer, The Bachelors From Prague, David Bridie, Vika & Linda, Colin Hay, the Feeling Groovies, You Am I, The Triffids, Mark Seymour, The Waifs, Stephen Cummings and Archie Roach amongst many others.

To date he has worked on the music for 15 films — and won an ARIA award for writing the ‘Lantana’ score. He was sole music advisor for the Sydney Olympic Planning seminars and Music Director for “Nukkan Ya Ruby” at the Sydney Festival in 2011.

Bruce also appears on Steve Banks’ own Ordinary Man album and gigs around Melbourne with the Hornets. 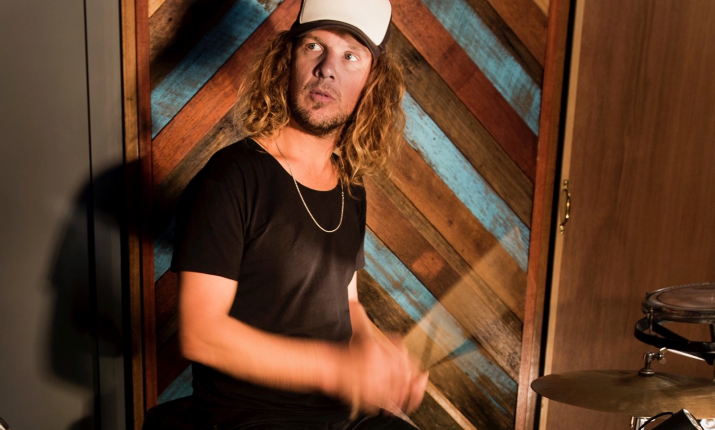 Drummer GRANT GERATHY – a Stax man with a New Orleans lean, and the baby of the group — has toured worldwide with the John Butler Trio, playing some of the world’s premiere venues and music festivals.

Grant has played on countless Australian records for the likes of John Butler, Pete Murray, Karin Page and Tenderfoot and played shows and festivals with Jon Cleary (USA) and The Ray Mann Three. 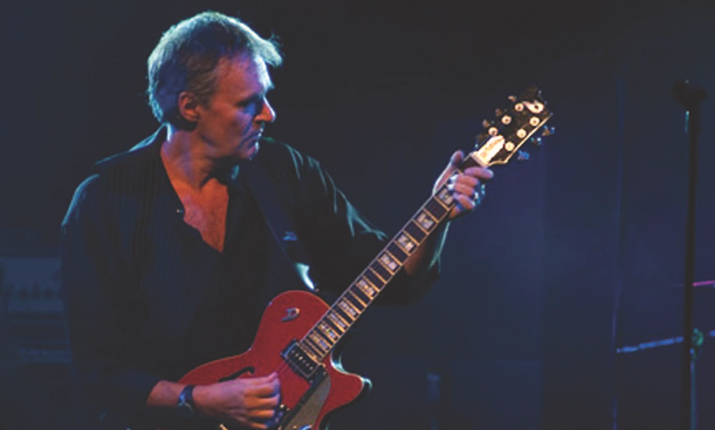 A picker from Oxford, Rick was plucked from a band called Gentlemen to join 10CC at the launch of their Deceptive Bends album (1976) and has been part of the team ever since.

From 1979 he also toured and recorded with Mike Oldfield and with him co-wrote the song ‘Family Man’ which went on to become a big hit for Hall & Oates and win him an ASCAP award for best song in 1984.

In 1985 Rick wrote and recorded his own album ‘Profiles’ with Pink Floyd’s drummer Nick Mason. The single from the album, ‘Lie for a Lie’, sung by Dave Gilmour and featuring Maggie Reilly, was a hit in the USA.

Over the years he has toured with artists such as Rick Wakeman, Jack Bruce, Elkie Brooks, and WAX (with Andrew Gold and Graham Gouldman). He has played guitar behind Kim Wilde, Tears for Fears and Robin Gibb; recorded with Cliff Richard, Peter Green, ABBA’s Agnetha, Marilyn, Sniff and the Tears, Justin Haywood, et al..

From the late 80’s, Rick devoted more of his time to composing scores for TV and a number of feature films (including ‘White of the Eye’, another collaboration with Nick Mason), scoring several awards for high-profile commercial sound tracks.

In 1990 Rick collaborated with Pete Howarth (now with The Hollies) to write a rock opera called ‘Robin, Prince of Sherwood’ which toured the UK for a year and spent four months in the West End. Rick and Pete occasionally gig locally as the Feramones.
When not working with 10CC, Rick now spends most of his time at home in Australia, recently collaborating and gigging with Brian Cadd. 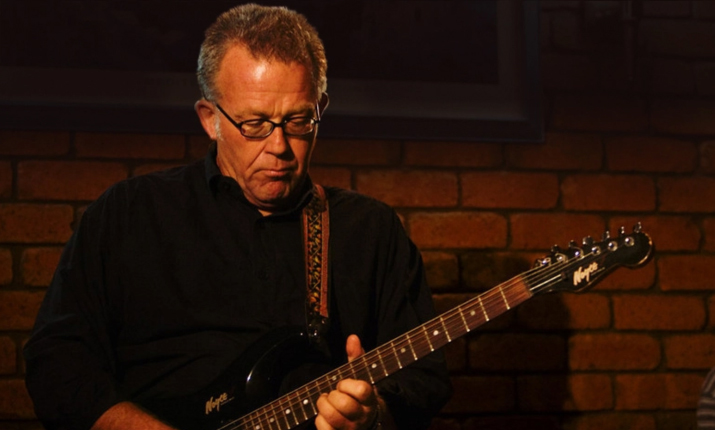 Born into a musical family – dad played piano and trombone in dance bands in the 40’s & 50’s. Older brother played guitar and showed me the basics of the instrument.

Played school bands with Shirley Strachan among others, and a bluegrass quartet with my brother – my first public performances in the flourishing folk scene of the day – at Traynors, Outpost Inn, The Green Man etc.

This led to working with John Graham, one of the well-known folkies on the scene, in his band called Blackspur. Then a jug band called Gutbucket for a year or two.

I met Wayne Burt and joined Rock Granite and the Profiles until that band had run its course – then a brief stint with Company Caine before rejoining Wayne for the beginning of Jo Jo Zep & the Falcons. This band was fairly successful over the next five years and we worked extensively both in Australia and overseas.

This led to The Black Sorrows, which also enjoyed fair success for five or so years, including a number of platinum records which I co-produced with Joe Camilleri.

After this, I toured and recorded with Vika and Linda for the best part of ten years. Since then I have worked with a number of singers – Renee Geyer, Stephen Cummings, Broderick Smith, Frank Jones.

For the past twenty years I have worked a lot round Melbourne with a band called the Hornets.